I can Powershell and so can you!


Often automating a task is not worth the time and rarely takes the time planned.  At StackExchange we have lots of people on our team and in our community  who are amazing at Powershell. I am not one of those people.

Is it possible to save time using Powershell, even if you're not a guru? Sure!


Steps to resolve the problem:

If you're familiar with GADS, you'll know #1 is pretty easy.  Using an AD filter we can match groups in our AD structure to existing Google Groups.   The only concern here is to make sure that the AD groups actually have the same users as the existing Google group, since no sync has occurred previously. 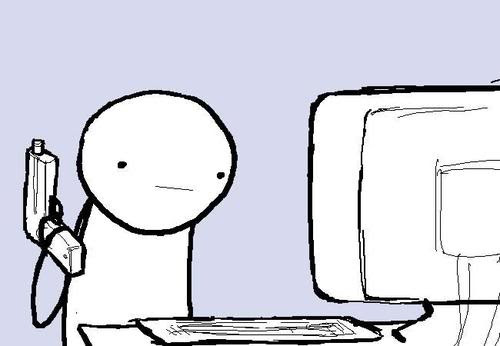 This is our first opportunity to use Powershell to solve our problems.


I start by grabbing a list of groups that arn't in AD.  GADS simulated Sync logs those groups in a way that is easily copy/pasted into a nice Tab separated format.

Now that we have the groups we can get them into AD:

"BUT I DONT KNOW HOW TO DO THAT IN POWERSHELL"
That's ok.  Lets use our minimal knowledge, and Google to figure out how.

We quickly isolate the example CSV import.  By dumping that import into a variable ($csv) we now have an object Powershell can manipulate.  Following a similar search and CTRL + F for New-ADGoup we end up a short script:

So Close.. But wait there's more!

Problem 1 and 2 are resolved, but we still need to populate those AD groups.  Many of the groups only have a few users, and are easily updated using the build in Active Directory Interface.  Some groups are larger.  So large that the existing AD interface would require hundreds, or even thousands of clicks.  If you think that's too many clicks, you'd be right.

Just as before, GADS simulated sync will return a list of users effected by a planned sync.  We can again pull that list of users into a TSV.

We match on email address, not AD username, so we need to find the AD user with a matching email address, and add them to the correct group. Get-ADUser  has a filter option, which accepts a string.  If we set the email address provided by GADS as the filtered string, we should always get the user we want.

My own workflow involves grabbing a single set of usernames and dumping them into a TSV
I name that TSV after the security Group I intend to populate.
Defining my path with the string below lets me change only 1 variable with each pass of the script.